Home » Opinions » The benefits of mushrooms – The magic fungi
Opinions

Mushrooms and their wonderful role in the ecosystem 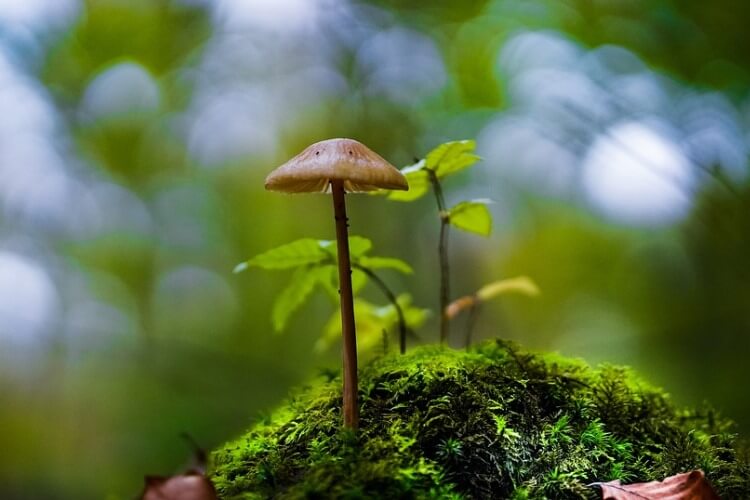 The benefits of mushrooms are myriad. These are not limited to their versatility in the culinary realm or their ability to get you high (which they are quite good at apparently).

Mushrooms also have the power, allegedly, to unlock cures in diseases, which conventional medicines have not yet found. However, those claims are not researched enough to be constituted as fact. Mushrooms are also low in calories which make them perfect for an eco-friendly fitness routine.

Further, they are known to have prebiotic properties, making them a good choice of food for our gut health. Some of them, like Maitake and Lion’s mane, can be pretty additions to your apothecary.

All in all, the moniker is well earned. Mushrooms are magic. I know the name is reserved for a particular species but even generally, mushrooms are fascinating.

Animal or vegetable? Neither – Mushrooms are fungi!

Mushrooms are neither plants nor animals, so be wary of anyone who passes them off as vegetables. : )

They are fungi, which means they are more mold than magic. That, however, doesn’t make them less vital to the health of the planet (more about that later).

Mushrooms are the fruit of the fungi, the visible part of much greater network underground. How great? Think an iceberg under water but a thousand times over. This network called mycelium is vital to the wellbeing of the ecosystem.

Without further ado, let’s learn more about this network…

Mycelium – Nature’s version of the Internet, only bigger

A mycelium is like the human brain, only that its networks are much vaster. Much like out brain, it works with electrical pulses and electrolytes.

It’s like the Internet that connects our world. Trees, for instance, communicate with each other using the network. They even use mycelium to feed each other, swapping nutrients using the network as the passageway. How amazing is that?

Moreover, this very network is incredibly efficient at ensuring that the carbon dioxide content on the planet is kept within manageable proportions.

We all know that during photosynthesis, plants take in CO2 and release oxygen back into the atmosphere. However, plants can only store so much of that content. So, once their leaves and trunks have been nourished, plants store the CO2 under the ground – up to 70 percent of it! The soil can store this carbon dioxide for up to 1000 years.

The benefits of mushrooms and fungi to the planet

Fungi are the greatest decomposers we have on the planet. They are essential to how things biodegrade. Fungi go after everything. Anything living and carbon-based is fair game – the menu encompasses a gamut of sizes, from a mouse to a mammoth and greater. They do this by releasing their seeds or ‘spores’ into the atmosphere. Whenever these spores land on anything resembling food, they break down and decompose them.

Further, the spores are full of potassium salts and attract other compounds in the air. Once the combination of compounds becomes big enough, water can condense on it. This is possibly one of the reasons why the rainforests get so much… rain.

Without fungi, dead trees, animals and plants would pile up and suffocate the earth. But fungi do more than just gorge on nature’s lifeless buffet. They also release the nutrients back into the soil so new life can generate and thrive.

Fungi love organic dead things. However, scientists have stumbled upon a type of fungus in Ecuador that doesn’t mind something wildly different in the buffet. This fungus consumes polyurethane. Who knows, it could one day become the best and most organic way to tackle the ravages of plastic footprint.

The number of mushroom species around us is staggering

Scientists suggest that there are more than two million species of mushroom on the planet. If that number is correct, then that’s a staggering eight times more than the plant species on earth.

About 20,000 of fungi produce mushrooms, which come in a stunning diversity of sizes, shape and color. Some of them, like the Panellus stipticus, even glow in the dark.

Their uniqueness makes people wary about mushrooms, for good reason. Some of the mushrooms can kill. There are species that can do a lot of damage to the liver and kidney (a minute of silence to our brave ancestors who lost their lives trying to determine the edible ones from the lethal).

What do they say about poisonous mushrooms being the ones found in the stomachs of dead people? On a serious note, there are plenty you should avoid. Stay away from the Amanitas variety, which is the most poisonous going around.

So, if you are on a sustainable bush-crafting trip and you see a mushroom beckoning you to give it a try, think long and hard. Check if they have dry caps that can be separated easily from the stem, possess pale gills and grow on soil rather than wood. If the answer to any of them is Yes, ignore and walk ahead.

In fact, unless you are extremely sure, the best recourse would be to buy from stores or consume the ones that you have already tried out in the past.

The benefits of mushrooms to human beings

Mushrooms are rich in antioxidants, fiber, and protein. They may help in alleviating the risk of heart diseases, diabetes and cancer. Further, they may also help to combat brain-related conditions such as Alzheimer.

One theory suggests that the reason our brains evolved so quickly is because our forefathers discovered the ‘magic’ in mushroom long before it became a trend.

Psilocybin mushrooms, or the ‘magic’ variety, may have the potential to treat neurological disorders that affect the brain. It does seem controversial at first. However, if we are to use just a tiny fraction of the amount that some use to get ‘high’, who knows?

Besides the psychedelic benefits, mushrooms are also known to boost blood cells that combat microorganisms that attack our immune system.

The high potassium content may also counteract the negative effects of sodium on our body. In other words, it’s good food for people who suffer from high blood pressure.

Also, mushrooms are an important part of the diet of those who want to lose weight. In combination with physical exercises, the low-calorie food is extremely helpful in cutting down weight.

The decomposers, called saprobes, which help clean the planet, are also used to make cheese. Besides, saprobes are used to make beverages like wine and beer.

Finally, we can’t forget that one of the greatest medical discoveries in human history, penicillin, comes from fungi called Penicillium.

Some researchers have developed a way to use fungus to separate iron from asbestos. This is a big deal in the construction industry, because without iron, asbestos cannot generate free radicals that cause cancer.

One of the biggest potential benefits of mushrooms to the human race is that, one day, it could replace fuel as we know it. There is a fungus (Gliocladium roseum) found in ulmo trees in South America that consumes cellulose, like sawdust and plant matter, and generates diesel fuel.

It’s not just about the looks

Mushrooms are different from plants and flowers in that most have not evolved to seduce us with their physical appearances. In fact they are quite shy you might say, hiding in places away from the human eye.

It’s ironic to realize that without fungi, which we associate with death and decay, the earth would be a lifeless place.

What other benefits of mushrooms and fungi do you know of? Let us know in the comments.

I love using mushrooms when I cook! I didn’t know there were so many benefits. I’ll have to do it more often 💕

You really did your research and I have found your piece quite fascinating and educational. Thank you so much for sharing.

If I’m remembering rightly, fungi are more closely related to animals than plants. A particular example of one species of fungi is also the biggest lifeform to ever exist, connecting the roots of a forest together. I believe you can also get mushroom leather now too