Home » Opinions » Planting Trees is a Great Thing, but Not Always
Opinions

Planting Trees is a Great Thing, but Not Always 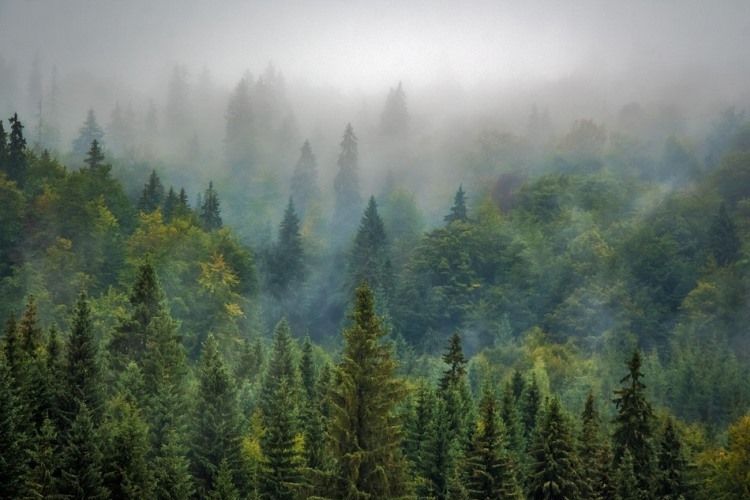 Is planting trees ever wrong?

On the face of it, such a question seems blasphemous, the asker deserving to be sacrificed to the forest gods.

Trees give animals shelter, strengthen the land, help to keep out floods, and offer the greatest gift of all – oxygen. They are one of the solutions to rein in the carbon footprint that is crippling the planet.

So, we should plant them, right? More the better? Let’s hold on to our shovels and saplings there, shall we?

While there’s no doubt that the benefits of planting trees outweighs not growing them, there are times, and places, where less is more.

If you can’t plant trees, just stop cutting them

When trees are cut down, they release CO2 into the atmosphere, which is not good for the environment and for us. In 2017, a total of 41 billion tons of the dangerous gas was emitted. Land changes – deforestation being a huge part of that – were responsible for 10 percent of that amount.

As long as we allow trees to live, the CO2 will stay within them. So, the simplest solution to the problem is to stop cutting them. Of course, simple things are sometimes not easy to accomplish, and speaking of trees and forests, a lot of damage has already been done.

This makes planting trees the next best solution. But it’s not the panacea to cure all ills, which sometimes we make it out to be.

We have more trees than we did ten years ago

It’s normal to hold on to a good thing and run with it. By and large, planting new trees is a good thing. It’s a great thing, to tell the truth. Also, governments have jumped on the bandwagon, albeit with a frenzy that’s not always recommended. (We’ll get to that in a bit.)

The Indian state of Uttar Pradesh reportedly planted 50 million trees in a day! Ethiopia claims to have planted seven times that number!

Those are great initiatives and any that help strengthen the planet’s lungs is always welcome.

It’s all good as long as you let existing forests be and grow new ones in regions that need them.

Sadly, we are architects of our own problems. If we think covering the planet with trees will solve our climate issues, we need to think again. The biggest problem is the greenhouse gases we release. The planet’s climate is warming to unprecedented levels, ice caps are melting, and floods, droughts and hurricanes are commonplace.

We must limit the use of fossil fuels, use alternative sources, and just stop cutting the darn trees.

Where is planting trees OK?

Planting trees are beneficial in regions where the soil is unstable and land abuse has taken away shelter of critters and humans alike.

Trees also grow fastest in tropical regions, where they are likely to sequester the most amount of CO2.

Trees also sustain or improve the strength of the soil. (As it is, the planet’s soil is in terrible health and in need for new forms of agriculture.) For example, their canopies ensure during heavy storms that water does not hit the ground with force or volume. Further, tree roots help stabilize the soil for years and years.

One place where planting trees is a great idea is in urban areas. Trees block out the noise, offer shade, protect against natural calamities, and provide first-class oxygen.

Where is it not okay to plant trees?

Trees give oxygen. Without oxygen, we die. So, planting trees is a great notion, as long as it’s done with caveats that we seem to miss at times.

For example, just because it’s easy to plant trees, does that mean we should without planning?

Large-scale tree planting is a problem

Let’s look at some instances where our enthusiasm got us in trouble.

One is Yatir Forest in Israel, the country’s most extensive planted woodland. It did all it was supposed to do – it was a barrier against the desert, stored massive reserves of moisture, and was essentially the poster boy for planting trees.

But the four million trees are actually warming the Earth, due to what is called the Albedo effect. In lay terms, the darker canopy is storing heat from the sun when the lighter and rockier desert used to reflect it.

Mind the location, stay off monoculture… and greed

The wrong location can also result in the drying of streams and reducing groundwater supply.

Then there is the bigger issue of monocultures or planting the same type of tree. Such forests not only store less carbon but are dreadful for biodiversity. Also, they are more likely to fall prey to diseases.

Not to mention the issue of planting the wrong type of tree, especially non-native ones. In other words, we must not plant trees in places that nature had not intended them to grow. Some of these trees can be invasive and take over acres of land. It has happed in South Africa with a non-native acacia tree. Now, a heck of a lot of money is being spent on getting rid of them.

Something similar occurred with the Sikta spruce in the UK. This fast-growing tree ensured a think, beautiful canopy, so lush that it effectively blocked sunlight from reaching the ground. Consequence? The biodiversity on the ground suffered.

For example, we cannot fill the Prairies with our choice of trees. The open grasslands provide habitat for a diverse variety of wildlife. Pollinators need these these grasslands and forests to do their magic.

Then there is the small matter of human greed.

Across the world, about 300 million people earn their livelihood from tree-plantation programs. There are places in the world where communities are encouraged to cut down old forests and plant new trees that are economically more viable. That’s not something Mother Nature would enjoy. For instance, in Costa Rica, farmers are paid upwards of $120 dollars annually for every hectare of they establish.

One thing we tend to get wrong is that it’s the ecosystems that store CO2, not just trees on their own. The more diverse the ecosystem, the greater its ability to store carbon.

The bottom line is that it’s good and even necessary to plant trees to cover for unchecked damage we’ve caused ourselves over the years. However, if we don’t approach this carefully, we may end up doing more harm than good.

The planet loses about 10 billion trees every year! Not all are lost to our greed. There are other natural factors to take into account, like forest wildfires.

So, the question is… which is better – to plant more trees or guard the forests that we are left with?

Let’s not underestimate forests. They are brilliant at taking care of themselves, if we just stop butting our noses in their business and let them be.

If we can’t plant trees with better judgment, how about letting the forests take care of themselves and regenerate?

I guess too much of a good thing is bad, huh? I would have never realized the impact of planting trees, especially planting the wrong trees in certain areas. This was really informative. Thank you for sharing!

Yeah, too much of a good thing is bad. Sometimes, we like to play God and that’s when the trouble starts I guess. Let nature take its course. Glad you enjoyed the post.

I agree, we have a lot of trees nowadays and it’s going crazy with the number of trees. And we indeed need to pay attention to other things.

I love a lots of trees as long as they’re planted in the right place and do not harm the soil or the environment. 🙂

This was a really interesting read! I definitely think that trees have tons of benefits for the planet, but you’re right in that we should go about it in the right way by thinking about the numbers and location. Thank you so much for sharing!

Thanks! Yes, there are regions that need trees and others that don’t. If we do it with discretion, the planet and we benefit from planting trees.

Reading this reminded me of the balance that the universe needs and has been sustained by for so long. Trees are all part of that balance too and I love the lessons we can learn from them — thanks for sharing this information!

That was so well put. My views on trees are the same. Thanks for your lovely comment!