9 Other Pollinators Besides Bees 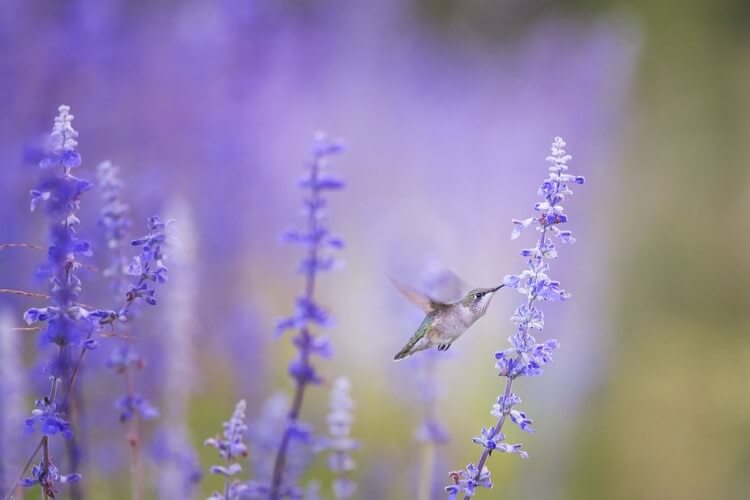 We’ve already covered the significance of bees to our world, so it made sense to list other examples of pollinators besides bees.

It’s the right time. It is spring season and our world is a cornucopia of colors.

The list is also a way of giving props to creatures that go largely unappreciated but do so much to make our planet beautiful. They are also widely responsible for the different varieties of food that make it to our tables and other flora that can be sustainably foraged.

Their long legs make it difficult for the butterfly to pick up pollen on their bodies. At least compared to the bee which is seemingly built by nature for that purpose.

Still, they are arguably the most effective pollinators other than bees.

Butterflies have several advantages that make them great pollinators. For one, they can see color better than even the striped buzzsaws, such as red which bees cannot perceive. Their ability to see ultra violet light also makes it easier for these insects to spot flower markings.

Butterflies favor flat-surface, clustered flowers that have bright colors like orange, red or yellow and bloom during the day.

Number two on the list has similarities to the butterfly but with different preferences and way of working.

They may not get the same credit as butterflies but moths put in the work as well.

Unlike the butterfly, moths undertake their pollination activities during the night time, though some are active during daylight.

Hawkmoths and sphinx moths are the most effective pollinators. Some hawkmoths have tongues longer than their bodies that help them derive nectar from certain orchid varieties with long nectary.

Just like the butterfly, moths prefer clustered flowers with a flat base, though their choice of color is either white or dull.

Moths are usually found in flowers with deep lying nectar, such as gardenia and yucca.

Wasps are nature’s great enforcers, taking to task other insects which dare try and disfigure our gardens. In the UK alone, social wasps (those that live in colonies) dine and lunch on 14 million kilograms of insects during the summer months.

They happen to be decent pollinators too. Not as good as the bees – wasps do not have the bee’s fuzzy body hair to carry pollen – but they are not bad.

Pollen wasps with their long mouthparts search for nectar in deep tubular flowers like beardtongues. Others, such as European wasps pollinate orchids.

But the most known is undoubtedly the fig wasp that pollinates flowers in the developing fig fruit. Without them, fig in the wild would be greatly reduced as wasps are responsible for pollinating about 1000 fig species.

Flies are good pollinators and an able substitute for bees in colder habitats.

Hoverflies (family Syrphidae), aptly called flower flies, are the best of the lot. Their long mouthparts enable them to extract nectar from narrow flowers. These flies are also pest control agents, with nearly 40 percent of hoverflies birthing larvae that prey on insects.

Hoverflies may be the champion pollinators of their kind but others like bee flies, dung flies, March flies, and small-headed flies, also do their bit.

It may come as a surprise to some but a mosquito’s favorite drink is not blood but nectar.

Male mosquitoes need nectar for the strength to go out on long flights in search of mates. Female mosquitoes, which are primarily responsible for those itchy summer nights, also need nectar in their diet to develop eggs.

So, when they make their trip to dine on the sweet liquid, mosquitoes inevitably collect a little pollen.

Mosquitoes are known to pollinate certain types of orchids (example: blunt bog orchid). They are also suspected to play an inadvertent part in pollinating plants of the Umbelliferae family, such as anise, celery, cumin and parsnips.

And now for the bigger (and cuter) bloodsucker and the first of two non-insect pollinators on the list.

Bats are important pollinating agents in conditions that are hot or tropical. The flying rodents love their nectar but while on the job, feast on other insects present in the flowers are well as flower parts.

Fruits such as mangoes, guavas and bananas all depend on them for pollination. In fact, bats pollinate more than 300 species of fruit.

Also, no bats means less tequila. Bats heavily pollinate the agave plant which is a base ingredient in the popular beverage.

Bats typically go for flowers that are large in size (up to four inches), pale in color, nocturnal, and bearing a fruity odor.

Birds are vital pollinating agents. They are attracted to bright colors such as orange, red and yellow, though odor is a non-factor as their smelling senses are poor.

Besides nectar, birds visits flowers to feed on insects.

Hummingbirds are some of the most effective pollinators. Flapping their wings 80 times per second requires some serious effort, so these birds are on the lookout for energy-providing nectar.

Sunbirds fancy their nectar too. They are good at pollinating tubular flowers due to their brush-tipped tubular tongues.

Other bird species that are good pollinating agents include spiderhunters and honeyeaters.

Typically, you find these wonderful avians targeting flowers that have lots of deeply hidden nectar and durable support for perching.

If we are talking about the pioneers in pollination, the good ol’ beetle outstrips the bee by an astonishing 50 million years.

What these insects began 150 million years ago, they effectively do even today.

Unlike most other pollinators, they care little for the nectar and instead prefer parts of the flowers they pollinate. To mark the occasion, beetles leave their droppings behind and hence the unenviable sobriquet “mess and soil pollinators.”

They are significant pollinating agents for spicebush and magnolias.

Typically, beetles are attracted to flowers that are bowl-shaped; green or a shade of white in color; fruity; and open during daytime.

Wondering what ants are doing in this list of winged wonders?

They are plodding walkers when one of the main criteria of effective pollinators is to fly. There’s this argument that some ants develop wings during mating season, but their effectiveness as pollinators is up for debate. Typically, ants are where we mostly see them – on the ground.

Plus, they produce a protective antibiotic (myrmicacin) that is very good at killing pollen grains.

However, we will still keep them on the list for ants have been known to pollinate flowers that grow close to the stem (example: alpine nailwort, Small’s stonecrop).

How to Promote and Save Pollinators

It’s impossible to tell the exact number of animal species that do the good deed. But the figure could be anywhere between 100,000–200,000 different species! Unfortunately, humanity has that special ability to invite disasters and pollinators are dwindling.

Fortunately, we also have the ability to bring about change. Here’s what we can do…

What do you think of this list of non-bee pollinators? Do you have any other in mind that you wish to add? Let us know in the comments.

How to Start an Apothecary

Why Bees Matter to Us and How to...

Why Antique Furniture is Eco-friendly & How to...

How to Create an Eco-friendly Laundry Routine

Bees are a major pollinators, but I love that you focus on nine other insects that are also doing the work away from the spotlight. Pollinating is a community effort!
There was too much milkweed up here in my Blue Ridge glen when I moved up here almost thirteen years ago. Now I do everything I can to keep it alive and thriving; it a home for monarch caterpillars and an attraction for many bees and ants over the summer.
Thanks so much for sharing some incredible ways we can keep our yards open to the birds and bees!

Thanks Jaya. And you’re right, the more the better. Also, great to know you’re doing your bit to keep nature thriving.

I wasn’t expecting to see the ant in this list indeed, but I have seen large winged ants more than once 🙂

Hahaha… I know ants get a bad rap sometimes but they are all right.

I learned a lot from this post, and appreciate the ideas on little things that we can all do to help!

Thanks Alex, and I am glad that you enjoyed the post

I want to say I hate mosquitoes a little less after reading this… but… nah.

Hahaha… I am ok with them now. My stance will be clearer after the summers. 🙂