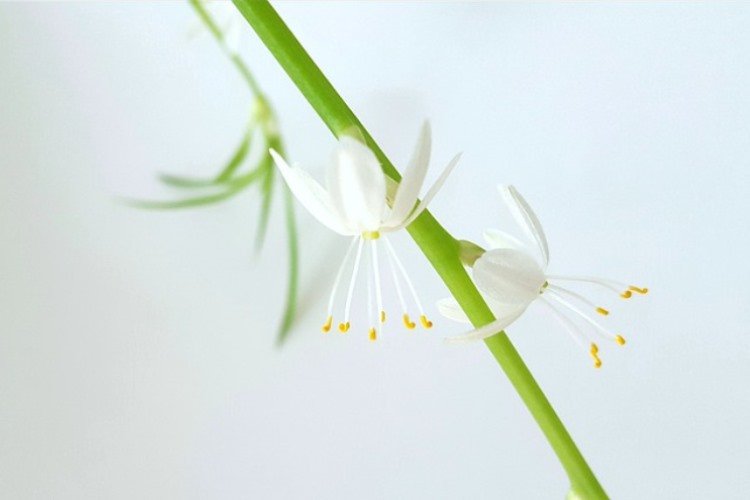 When you think of air pollution, you think of the air outside your homes. The smog. The industrial smoke. Dangerous gases emitted by vehicles, which show no signs of abating.

But there is pollution within the walls of our houses too. And it’s not that we don’t know it; we just don’t feel threatened enough to do something about it.

After all it is invisible, there’s no smoke to redden eyes or discomfort lungs. Ghosts unseen and silent hold no fear to us. And that’s what makes them dangerous.

The levels of some pollutants can be twice or in some cases five times more indoors than what we find outside!

Air purifiers are an option but they are generally not environment friendly. The cheaper, more sustainable alternatives are air purifying plants. They are not only a great addition to an eco-friendly home decor, but these plants also do a stellar job of protecting us from ailments.

Which plants are these? We will get to that in a bit but first let’s look at some common hazardous chemicals they battle on our behalf.

In the blue corner we have the challengers…

This is a colorless liquid with a sweet odor. While it is known as a synthetic chemical, xylene can be found in nature, in cold tar, petroleum and forest fires. As a solvent, xylene is used in cleaning agents, gasoline, lacquers, pesticides and rust preventives.

Symptoms of xylene exposure include headaches, dizziness, fatigue, tremors, nausea and vomiting, and sustained exposure may lead to heart, chest and lung issues.

Toluene like xylene is a colorless liquid with a sweet odor. It is found naturally in the tolu tree and crude oil. You can be exposed to toluene through common household products such as paints, nail polishes, fragrances, cigarette smoke and cleaning agents.

Symptoms of toluene are similar to that of xylene and too much exposure may lead to brain, heart, kidney, liver, and nervous system problems.

Formaldehyde is a colorless gas with a strong smell that is typically found in water-based solutions. The chemical compound is present in glues, fabrics, fiberboard, plywood and also in disinfectants and germicide.

Symptoms of exposure include irritation to the nose, eyes and throat, and coughing and wheezing. Prolonged exposure can result in severe allergies of the nose, skin and respiratory tract.

Benzene is a clear, light yellowish liquid with an aromatic odor that can be found naturally in gasoline and crude oil. Exposure to benzene can take place through vehicle exhaust, burning coal and cigarette smoke.

It is also found in oils, detergents, paints, rubbers and lubricants, among other household products.

Most of the symptoms are similar to that of the three already covered chemical compounds. However, prolonged exposure may lead to weakening of the immune and nervous systems and, in some cases, cancer.

Opposing them in the other corner, we have some amazing plants that take this menace right out of the air.

There are plenty of them but below I’ve listed ten that are some of the best.

Let the bell ring and the fight begin…

All right, before punches are thrown, let me just tell you that the list is in arbitrary order and not in terms of efficiency. (I am big on fairness and letting people decide on their own 😀 )

Areca palm is known to remove dangerous chemicals such as formaldehyde, toluene, and xylene. Besides taking our toxins from the environment, these plants also release moisture leaving you to breathe fresh, clean air.

Another big plus, areca palm is non-toxic and has no negative effects on pets.

These plants are found in tropical areas where they have no choice to survive with limited sunlight. So, exposure to sustained sunlight can cause the leaves of the plant to turn yellow. They also require a good amount of water.

This is one that scores high on both looks and efficiency.

Gerbera daisies are known to produce a lot of oxygen and very effective in removing benzene which is a chemical that can cause leukemia. They are also beneficial to those suffering from breathing disorders and sleep apnea.

Unlike the areca palm, these plants prefer bright sunlight throughout the year except the winter months when they do best in indirect sunlight. Gerbera daisies need regular watering and a moist soil to thrive.

Peace lilies are relatively hassle-free to grow and one of the easiest air purifying plants to maintain.

They are good at getting rid of toxins such as benzene and formaldehyde. These plants can improve the air quality of your indoors by up to 60 percent and help bring down the levels of mold spores.

In the wild they grow in patchy sunlight and lots of moisture so it’s best to replicate similar conditions at home. Water them well but not excessively and repot them during the spring.

This perennial vine is very effective at combating harmful airborne faecal particles, reducing them by up to 94 percent as per a study. This makes it a great purifier to keep in your bathroom. English ivy is also known to reduce mold levels by up to 79 percent.

It also helps remove harmful toxins such as benzene, formaldehyde, toluene and xylene.

These plants require a healthy dose of watering, soil that is moist but well drained, and sunlight for about four to five hours daily.

If you are a houseplant novice who’s looking for a plant to purify your indoor air, it’s hard to do much better than the spider plant.

This plant reduces carbon monoxide, formaldehyde and xylene and is also not harmful to your pets. Best of all, the spider plant is easy to propagate.

Grow them in well-drained soil which should not be too wet or too dry. Ensure to keep them in indirect sunlight.

The good thing about this plant is that you have plenty of varieties to choose from. The best of them (or at least the one approved by NASA) is the corn plant. It is excellent at reducing dangerous chemicals such as benzene, formaldehyde and xylene.

These plants thrive best in bright indirect sunlight and require soil that is moist but not soggy.

The weeping fig is very effective at removing airborne formaldehyde, xylene and toluene.

The plant is quite low maintenance and does well indoors in indirect natural sunlight. Direct sunlight can burn the leaves. Also, water it frequently but not before the soil is dry.

Also, you may want to take precautions if you have a dog or cat. Ingesting this plant can lead to oral irritation and vomiting in pets.

The snake plant, also known as the mother-in-law’s tongue (can’t be a compliment, can it?), is brilliant at removing formaldehyde, nitrogen oxide, benzene and xylene.

While this plant prefers bright light and plenty of it, it does all right even in low amounts of sunlight. As long as you don’t overwater it, the snake plant should be pretty problem-free.

And yes, keeping this plant accessible to your dog or cat can lead to a strained relationship with your pet.

This one is another with a strange sobriquet. But don’t be fooled; Devil’s ivy offers you divine benefits, looks the part, and is easy to maintain. And it is very good at getting rid of benzene, xylene and formaldehyde.

Pothos does best near windows without direct sunlight, and in peaty soil with lots of moisture.

And finally, like plant numbers seven and eight, pothos should be kept away from pets.

The Chinese evergreen is extremely popular everywhere but especially in China, and for good reason. This plant gives out a lot of oxygen while at the same time ridding the indoors of airborne benzene and formaldehyde.

Chinese evergreen does best in full shade and the only time it should be watered is to keep the soil moist.

In conclusion, it’s clear the myriad benefits of keeping the right plants in your home. They not only keep diseases at bay but air purifying plants can also lead to an improvement in health and cognitive thinking. Plus, they give you an opportunity to practice some garden ecotherapy.

What do you think of our list of air purifying plants? Do you have some more you wish to suggest? Let us know in the comments.

I’ve always found gardening to be a daunting task. But lately I have been considering in getting some indoor plants. I’ve read a lot about the Snake Plant and was planning on starting from there. What do you mean by keeping this at home will lead to a strained relationship with the pet? If this related to the energies involved or that it’ll be unsafe? I have a dog.
Thanks!

No energies involved 🙂 Just unsafe for the dog or cat if they consume it. It’s not fatal, just uncomfortable for the pet. Good luck on your gardening and Snake Plant is not a bad choice at all.

I’ve never thought of using plants to keep air pure, but it just makes sense. Ive wanted an excuse to pick up a Snake plant – and thanks to your post, I have one! 🙂

I am so happy for your purchase. Hoping that the plant will be a wonderful addition to your room and life.

I used to have more houseplants but have detoured to the garden more instead. I did have a weeping fig but it was finicky. Mother in law’s tongue are easier! ( I had one of those some time ago. Not sure what happened to it?) Anyway, I must admit at present that I have ZERO of 10 of the plants above. I’ll keep my eye out for a Chinese evergreen! Thanks for the rundown.

You’re welcome. Oh yes, Chinese evergreens are great! They are not the most difficult plants to grow and also happen to be quite durable. I say go ahead, get one! 🙂

I have got Pothos and Snake’s plant in my house in several different areas because the plants love to grow and eventually are split into new pots. The snake’s plant is not as prolific as my Pothos; the plant in my bathroom has framed the wall mirror, and the one in my sunroom has laced its way around the windows! It is a pretty vine, though, and I love that they help keep the air clean, especially during the winter when I cannot have the windows open!
Thanks for sharing a diverse number of houseplants!

You’re welcome. I’ve always had a soft corner for Pothos, spider plants and dracaena, three plants that I’ve grown the most. And I imagined the plants in your bathroom and sunroom; must be beautiful spots both. Like you, I love that these plants keep the indoor air clean and purified.

These plants all sound so awesome! I love that they purify the air too!

Awesome idea, never thought about air purifying plants
which do such a great job. They look so beautiful. Thanks for
recommending..

You’re welcome. And I am glad you found the post useful.

Such an interesting read. I knew about some of these plants but not others – good that ivy is on the list! My daughter has a palm in her bedroom and we have a couple of aloe veras in our kitchen. My houseplant game is not strong but I’m tempted to get a few more now, thank you!

I love me some aloe vera too. And please go ahead and get more houseplants. Your garden proves you have the greenest thumb. I am sure your indoor plant game will be just as strong.