Home » Health » Plant-Based Diet – What Makes it So Valuable?
Health 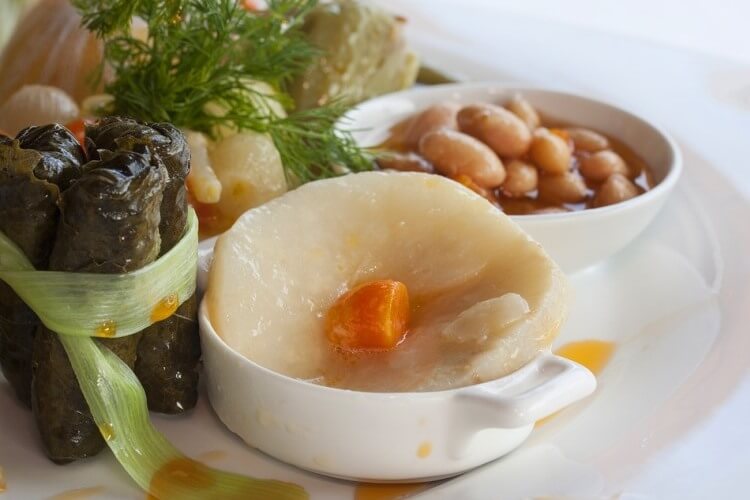 A plant-based diet has numerous benefits. I am sure we all have read to the point of overkill how healthy it is for our bodies.

Vegetables and fruits are among the safest of all foods. They provide a goldmine of nutrients, including fiber, folic acid, potassium, and vitamins.

But that – since we are in an age of labels – is a “vegetarian” diet.

For those of us whose hunter-gatherer blood still flows through our veins, there’s good news.

Meat is not exempt from a plant-based diet.

Meat in a plant-based diet

Yes, meat-eaters, turn your frowns upside down. There is the good stuff in a plant-based diet.

No, not a sizzling T-bone straight off the barbecue rack, but a moderate amount does not make much of a difference to your health.

A study by the American Journal of Clinical Nutrition in 2017 revealed three ounces of unprocessed red meat a serving, thrice a week, did not adversely affect cholesterol or blood pressure.

The term to note is unprocessed.

Canned and preserved meat is off the table if you are serious about a plant-based diet. (This rings true for vegetables too.) According to the WHO, processed red meats come under class 1 carcinogen, which means they are likely to cause cancer.

Anyhow, today is not about meat. So, let’s talk more about a plant-based diet.

What is a plant-based diet?

Plant-based diets emphasize the consumption of whole foods in their most natural state.

Foods like fruits, vegetables, legumes, edible flowers and nuts are rich in fiber, minerals, and vitamins, which offer tonnes of benefits to your cardiovascular system. (Here is our comprehensive list of edible flowers to eat and how they taste.) They are also instrumental in helping you keep the right weight and alleviate the risk of several ailments.

All this is true as long as these foods are not processed.

For example, take the case of white bread, which is plant-based but highly processed. White bread hikes blood sugar levels as well as hunger that can lead to overeating.

Also, all plant food is not healthy food. A balanced plant-based diet is what’s needed.

Research published in 2017 by the Journal of the American College of Cardiology backs this claim.

As per the study, the best diet stressed consuming only healthy plants and reducing less-healthy plant and animal foods.

The bottom line is that taking meat off the table does not mean your diet is perfect. There are vegetable diets that are not the healthiest around.

Let’s take out health-conscious shovels and dig a little deeper.

Now we will tackle the meat (plant?) of the matter – the impact of a plant-based diet on our health.

Low-density lipoprotein (LDL) particles, also called “bad cholesterol,” can become a nuisance to the blood vessels, like a sharp thorn, when they oxidize. A plant-based diet makes it difficult for the LDL particles to oxidize.

Another advantage of a plant-based diet is that it can reduce blood pressure and control diabetes. According to The Lancet, eating whole grains contributes to a longer life and reduces the chance of diabetes.

What about a plant-based diet and cancer? Does it cure the dreaded ailment?

There is no concrete evidence to support such a claim. However, what plant-based diets do is empower our healthy genes and quieten the diseased ones. This choice of diet can pass down generations and positively impact the health of your progeny.

Also, plant-based diets contribute to healthy gut flora. This is especially true if you consume plants with lots of fiber. The fiber can help the gut make short-chain fatty acids which help the cells in the inner lining of the stomach fight cholesterol formation.

Opt for a diet high in vegetables, fruits, nuts, and low in meat. This keeps the grim reaper waiting longer than he would otherwise.

Just look at the case of Seventh-day Adventists. There is a greater concentration of people who live past a hundred in their community than most other places in the world. They have a primarily plant-based diet.

It’s the same with the indigenous Tsimane people of Bolivia, who have the healthiest hearts recorded in medicine. How healthy? Two-thirds of the men and women have clog-free arteries even at the ripe age of 75. Nearly 80 percent of their diet is plant-based, concentrated on fruits, nuts, and fiber-rich vegetables.

As for those seeking to cut carbs from their diet to become “healthier,” 72 percent of the Tsimane diet is carbohydrates.

A tip on a plant-based breakfast

A power-packed breakfast brings down the risk of heart problems caused by plaque buildup.

Try to eat more than 20 percent of your daily energy consumption during breakfast and include fruits and whole grains in it. If you do this, you will have a healthy bounding heart.

However, stay away from coffee, juice, and convenient food like toast. This way, you are less likely to face cardiovascular problems.

It takes just one unhealthy meal

How many times have you heard of people who had a heart attack immediately following a meal?

It takes just one.

An unhealthy meal can negatively affect the lungs, liver, and, fatally, the heart.

Our red blood cells are very flexible and move around with ninja-like stealth. They have to be as they have the task of carrying oxygen to every nook and corner of the human body.

However, after an unhealthy meal (especially a fatty one), these cells can become less flexible, spiky and can poke through a cholesterol plaque in the artery.

Cue a heart attack. And if it’s not your day, from a sumptuous plate to the pearly gates in a matter of seconds.

Plant-based diet impact on the environment

One of the biggest reasons to jump to a plant-based diet is the effect of cattle on our environment.

Over 80 percent of all farmlands around the world are used to raise cattle. These animals provide less than one-fifth of the total calories we consume.

The ideal figure is 20 percent. Should that happen for real (a woman can dream), think of all the free land that can contribute to restoring ecosystems and plant and animal biodiversity?

Also, about a third of all greenhouse gas emissions come from the world’s food system, of which half comes from animals.

These animals are very adept at razing the grasslands. The problem is the incredible amount of methane they produce, one of the primary contributors to global warming.

Another big drawback in exploiting the lands this way is the impact it has on wild animals. The average population of wild animals has reduced by nearly 70 percent over the last 50 years.

Further, most of the domesticated animals live in such terrible conditions that it’s not a far-fetched assumption that the next pandemic would come from them.

What if we were to take the foot off the gas a little regarding the beef industry?

According to a Chatham House report, switching to beans from beef in the US would free up an area equivalent to 42 percent of the country’s cropland. This land can be used for more sustainable practices such as regenerative agriculture.

But I find the following the cream of all stats, from the same report.

If the pasture on our planet returned to its original state (I know I am dreaming), it would hold 70 billion tonnes of carbon!

Oooh, as someone trying a plant-based diet, I really appreciate this post! Nice work!

Great post! I don’t know much about plant-based diets but I am mainly vegetarian in my day-to-day life and I’d love to learn a bit more so this is very interesting- thank you!

You’re welcome Eleanor :), and glad you found this useful. And if you are primarily vegetarian, you’re pretty much already there.

The meat counters at any supermarket send me running, as does simply thinking about how animals like cows, pigs, and hens are mass raised for slaughter. While I do not run primarily on a plant-based diet, I do my best to eat organic foods, grow as many vegetables as I can, and buy my meat from local farms that raise their animals without growth hormones and on pesticide-free grass. Knowing I would enjoy looking at the animal I am eating means a lot!
Thanks for sharing some ways plant-based diets help the environment as well as our bodies!

You’re welcome Jaya xx. And I am similar in that I get the meat from a store that I have thoroughly researched and put through a microscope, for all the reasons you’ve mentioned. However, my vegetable garden has been really good to me over the last few years and provides most of what I want to eat. Long may it continue 🙂