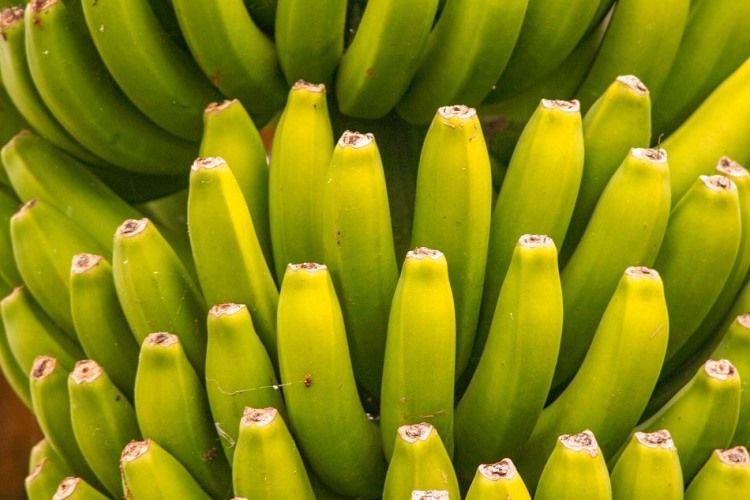 There are many things you thought were natural but are actually products of selective breeding, which has stood man in good stead.

For this, we must tip our hat off to ourselves.

Despite our faults and weaknesses, there is no arguing that our species knows how to adapt and survive. We have never been satisfied with the status quo, sometimes even bending nature to suit our whims.

What made man experiment with selective breeding of crops and plants?

The surest way to find out is to board a time machine and conduct a series of detailed interviews with our ancestors. In the case of early man, the language barrier could be an issue.

So let’s just say the interviewing bit is out of the question.

What we are left with are historical accounts and some speculation. And what we can deduce from our efforts is that some of the choices that our forefathers made may have impacted the variety on offer.

In other words, we became too civilized.

Our new-found sophistication meant we curtailed our own choices. Still, a less strenuous lifestyle was an expected evolution. Hunting animals was fine but it was also laden with risk. Throw into the mix crude weaponry and the success rate may not have been too high. Feeding the family must have been hard work.

So, eventually man turned to a safer herbivore lifestyle; after all, crops don’t run away at the first signs of attack. The slight issue with this early version of a slow living lifestyle was the lack of choices. The few staples must have been boring after a while. Plus, the population increase meant more mouths to feed and a greater array of crops.

Even with meat, the varieties were quite limited, till more recently. Don’t pay much heed to the big medieval banquets with a variety of non-vegetarian that celluloid depicts.

Feasts in the Middle Ages comprised a lot of birds – swans, herons, sparrows, larks, and even eagles. Anything that flew was fair game.

Not that lamb and other livestock did not exist back then; just that they were needed for other things, like fleece, manure or labor. And the taste was not exactly Michelin-star level.

Man is unique in that we are not here just to fill our bellies. We derive pleasure from food, and bland fare, even one that is begot by circumstances, will eventually lead to a search for something better.

Add to all this innate curiosity and the desire to know everything about everything, and invention becomes inevitable.

But while what man has been able to engineer has been pure genius, there’s also blissful ignorance of the dangers in some of the experimentations.

Curiosity aside, man is also a courageous beast. The risks he took for the modern world to enjoy its staples is noteworthy.

Take the potato. Our favorite source of starch in its most natural form is a killer.

In its wild state (which is its most natural state) the vegetable is highly poisonous. It is full of glycoalkaloids and to be edible its content has to be 1/15th or 1/20th of its normal level.

So, from this we can infer that some extremely intrepid ancestors of ours lost their lives in experimentally breeding and adapting this vegetable to its present-day form. Of course there is always the element of luck and that some non-toxic potato must have naturally evolved saving them the Russian roulette.

Almond was another hazardous venture. The wild almond, which humans selectively bred in Azerbaijan and Armenia to create today’s sweet version, could be dangerous when consumed a certain amount.

Not all experimentations put lives at risk.

There are other man-made crops and fruits that have sustained our species for centuries, and which till date cannot survive without our help. The most widely known of these, corn, is an engineering marvel.

Man-made things that cannot survive without his intervention

The corn is a shining example of the amazing powers of adaptability and foresight of our species.

Here’s a crop that does not grow without our help. Kernels have to be manually stripped and planted otherwise it will just not grow. Well, humans have uncomplainingly taken on the task for thousands of years.

So much so that corn is an indispensible part of our lives now, present in virtually everything we eat.

But, what is most baffling about this engineering perfection is the clairvoyance of our ancestors.

Just think about it.

The closest relative of corn is a grass called teosinte, something so useless that a kernel of corn has more nutrients in it than an ear of teosinte. What is it that made man take something as redundant as that and turn it into a crop modern global economies depend on?

Similarly, bananas like corn have to be replanted to grow new trees. Here, man cannot take credit for creating them though. The fruit is a hybrid of the fleshy and not very palatable Musa acuminata species and Musa balbisiana, which tastes much more pleasant but has too many seeds.

The hybrid occurred naturally in the forests of South Asia but was sterile. It needed some help to thrive which man, as he has done so often, provided.

The need for food to taste and look good

We’re picky by nature. It is hard being food and being accepted into man’s kitchen. Oftentimes, they have to pass the eye test besides being green-lit by the palate. And if we fancy something that falls short of our standards, we have the power to change it to suit our needs.

Take the carrot as an example. Originally white and a small root, man took the biggest roots and bred them till a big orange carrot was born.

We did the same with the pumpkin. The original version was so small that let’s just say the Fairy Godmother would have had a hard time converting that into a splendid carriage.

Man also took the best attributes from the bitter pomelo and sweet mandarin and turned it into orange.

And no, life did not give us lemons. We did, by crossbreeding different sour citrus fruits.

The selective breeding did not stop with food.

Man’s best friend, their different versions to be more accurate, is a result of cross breeding by their human masters. The only natural occurring dog species is the African wild dog and they have nothing to do with their domestic namesake. Dogs, as we know them today, descended from a family of wolves.

For example, killer bees, which have racked up quite a death count, were never meant to exist in the first place. They are a result of African and European species that escaped confinement in Brazil in 1957 and decided to form a new, very dangerous species.

For centuries, most of our resourcefulness and invention have been a direct byproduct of need. However, the human animal is not easily satisfied. Our inquisitiveness and our amazing potential that allows us to pull off seeming miracles meant that we started looking for perfection.

With our modern tools and updated knowledge, there is nothing stopping us from creating new and “superior” things in the lab, also called genetical engineering. The process involves the direct change to an organism’s genetic material. While some put this and selective breeding under the same umbrella, others see the two as being different.

Irrespective, there’s human invention and manipulation in both cases.

This does not come without problems though. One issue with genetically engineered crops is their sameness, which results in a lack of a protective cloak. With each crop being a clone of the other, they can become victim to diseases.

Similarly, animals can become resistant to antibiotics over time.

Regardless, the benefits to the world if we can pull some of them off, keeping such issues at bay, are immense.

For the sake of fairness, let’s look at the other school of thought.

Each one was first cultivated during the Neolithic age. That’s 12,000 years worth of service to humankind and many more to come.

And we eat only about 150 of the 30,000 edible plant species on earth. Surely, such numbers should be enough food to feed everybody.

Nature says otherwise. There are places on the planet, especially impoverished regions, where a drought can cause absolute mayhem leading to hunger, death and malnourishment. Think of what a drought-resistant “super crop” can do in such cases.

For that alone, we cannot stop innovating.

At the same time, production processes must ensure the safety of nature and the environment and a check on the carbon footprint. The products must be such that the health of organic crops and consumers are not comprised. So long as we keep in the right side of all this, selectively bred and genetically modified crops and plants are a boon. And man can rest assured he’s doing all doing all right.

What are your thoughts on selective breeding of crops and plants? Are there any man-made things you thought were natural that surprised you when you found out that they weren’t? Let us know in the comments.

Love your articles. They are fun to read and so informative!

I am somewhat unsure about GMOs but like you said balance must be struck. It was fun reading this piece.
M

This is such a great and informative post! Thanks for sharing! I enjoyed reading it.

Even cabbages and brussel sprouts were our invention.

While I understand that most farmers do what man must to keep their plants growing and producing as much as possible, I like my food to be as natural as possible, so I buy organic and GMO free as much as I can.

I love what you say about nature being man’s playground. Just like with the kid who makes that first batch of cupcakes with too much baking soda, some things man creates are as much of a failure! 🙂

Good analogy. With experimentation there are bound to be some failures.
And I’ve still not mastered the cupcake. : )